HI! I’m Leigh, the dog trainer who’s business is Animal Behavior Consulting (and, I also own and run Ruff Customers Dog Training). I am posting for the first time tonight (this post was originally published in July 2009), and I really have a burning issues on my mind. Animal Planet TV network has chosen to air a new dog “training” show, no doubt due to the success of other shows such as “It’s Me or the Dog” with Victoria Stilwell and “Underdog to Wonderdog” which features Andrea Arden. Both shows feature dog-friendly positive reinforcement techniques almost exclusively. However, this new show 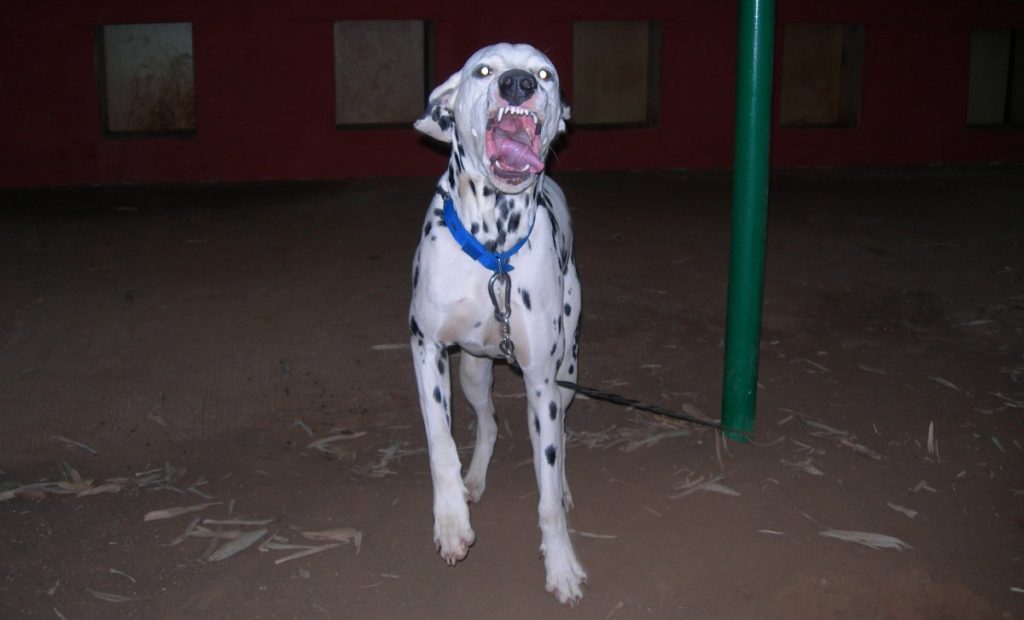 features a self-proclaimed dog “trainer” (he also runs his own training school, sadly) called Brad Pattison. The show is a half hour, and it shows him using exclusively punishment based and compulsion reliant dog training, complete with choke chains, yelling, and hanging a dog with it’s front feet off the ground. (the dog was a Boston Terrier, all of 15 lbs I’d guess). His manner is brusque, confrontational, arrogant, disrespectul to both dogs and people, and quite frankly, abusive. I watched two episodes, and I felt nauseated afterward. The violence with which he yanked on the dogs’ choke chains was appalling. I’m sickened.

I usually just don’t get all that worked up over these things. Yeah, I don’t like Cesar Millan’s methods, BUT he’s at least right on a couple of fronts. Dogs often need WAYYYYYY more excercise than they’re given by their owners, and he does read dogs’ body language well sometimes. AND, on occasion he does use some positive techniques. He is a terrible trainer, and his idea of rehabilitation hinges on punishing dogs into submission and shutdown. That said, he does love dogs, he’s just completely misguided on how to best teach them, with respect and without fear and pain as his primary tools.

Then there’s the Monks of New Skete show, Divine Canine. It was so boring watching Father You’re-Going-to-Hell-for-Treating-Dogs-this Way that I assume it’s been canceled.

This is what I said in my letter to Animal Planet Customer Relations:

“In the Doghouse” is the is the most disgusting excuse for dog training show I have witnessed. Brad Pattison is a nightmare for dogs. His techniques are brutal, outdated, not scientifically sound, and quite literally abusive. I cannot believe your network used the poor judgment to air such a throwback show. I know that AP did air some episodes of the Monks of New Skete show divine canine but it was so dull it seemed destined for cancellation. Bad, but not like this show. After choosing to air two good shows with trainers who use modern, scientifically sound training, dog-friendly techniques, i am extremely disappointed in this terrible and detrimental choice. More viewers will attempt these harsh, abusive techniques on dogs with disastrous consequences. I ask you, in the name of dog-friendly training from a true dog lover and professional dog trainer, PLEASE take this show off the air. It is a giant step backward for Animal Planet.
Thank you for reading. — Leigh Sansone, Esq., CPDT

I hope you’ll join me in roundly chastising Animal Planet for such a HORRIBLE decision — this show, if it’s watched, will set dog training back ANOTHER 20 years (Millan started that trend).

Leigh, who is currently “Sick in the City” over this show